Today we were joined by Guest Speaker David Hull-Watters who delivered highly engaging Inset training on the topic of #neurodiversity. Teaching and support staff gained lots of insight and new ideas to implement in the classroom, and through their day to day interactions with students and colleagues. @edi_qmc #neurodiversityatwork #neurodiversityawareness #teaching #learninganddevelopment #students #professionaldevelopment #insight #equality #diversity #inclusion ... See MoreSee Less

Today we were joined by Guest Speaker @DHullWatters @champspeakers who delivered highly engaging training on the topic of #Neurodiversity. Staff gained insight and new ideas to implement in the classroom, and through their day to day interactions with students and colleagues.

Current Esports students James Rigby and Emily Torr have put together a realistic Minecraft world of the QMC Esports Arena.

Here is what they had to say about it.

“We chose to take part in the competition after seeing the announcement on Twitter and saw the opportunity as a fun and enjoyable challenge to develop our building skills within the game. It allowed us to step outside our comfort zone to build real-life replicas rather than our traditional build style which exists only within the game. The fine detailing, which was crucial, was also fun and enjoyable as the build slowly took shape over the Christmas Holidays.”
“Minecraft is a very well known and versatile game that has a strong future as it allows you to explore your imagination and have fun with friends in endless opportunities. It also allows you to compete competitively which our college is also providing. QMCentaurs, the Minecraft team within QMSamurai, is creating the first college esports in Minecraft with a group of other colleges around the country to develop the untapped potential of esports within the game with the Minecraft Collegiate League. This allows all groups of players to take part in esports as not only do you have the players who battle it out to win, but also the build teams who create the maps for the games to take place on.
“The combination of this is what will create a new future for Minecraft in esports and one that brought us to build the esports arena in Minecraft in the first place.”

Emily Torr is studying A Level Chemistry, Physics, Maths and AS Further Maths at QMC. 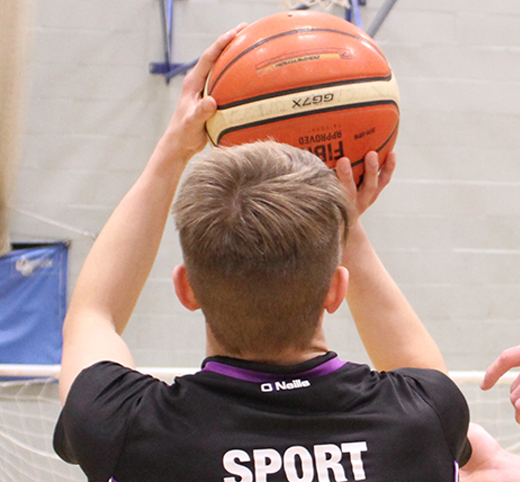